I'm JedSwag16 and i wanna do something fun about this page. Here are my ideas:

- Creating a fan movie about Perry and Doofenshmirtz finds themselves into the Multiverse which will have Marvel heroes (minus Iron Man and Captain America due to the events after Endgame) and others joins forces to stop a new enemy.

- Creating Fireside Girls as babies for an adventure. They are named as Fireside Babies with the help of Candace Flynn joining them to babysit.

- Creating a fan movie about Slushy Burger and Slushy Dawg, which has a contest with it's competitor.

- Creating a crossover of The Loud House and other shows in my future ideas. 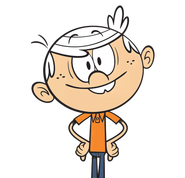 Character Ships that i will Ship

Retrieved from "https://pffanon.fandom.com/wiki/User:JedSwag16?oldid=311100"
Community content is available under CC-BY-SA unless otherwise noted.