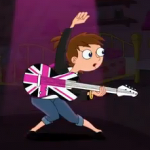 Hello, my fellow readers. I'm glad that you reached my profile, because that means I've got for a moment your attention. I won't present me in a creative way such as widgets and images, because I may break your computers and I don't want this.

I'm Niko. I'm a child(and I use this word, not "kid"),child being a term for teen. Still, I use them when I need the advantage of being in one of the "groups". Let me pass from this section. I don't know what do you need to know about me, as long you're not someone like Irving, therefore I'll pass to the next step.

I like science, especially physics and chemistry and I'm passionated about astronomy. Still, I have a certain faith, but that's not important right now. What's important is that I sold my soul to a certain site named 9gag and I don't want to ruin your precious lifes too.

I live in a place called Romania. If you don't know geography, it's that place with vampires. And no, I'm not a vampire and I don't have a dragon as a pet. And by vampire, I mean Dracula, not sparkly faeries. Because I live in that country, I used to excuse myself for my English, because it's not my first language. But then I realized that you don't know like any word in my language and I know a lot in comparison. Also, I know the difference between "your" and "you're". Another thing affected by this is the time. My timezone is different, therefore I edit at some other hours. And I say "Happy New Year" early.

I'm not homeschooled. I spend my life every day in a public school, where I manage to get good grades without effort, because I was gifted with pretty "non-intelligent" pupils around me.

I prefer British English over American English. Not because I'm sophisticated or something like this, but that's because it's the language I learn in school. And no, I don't have British accent. But I'd like to.

Other things about me? Well, I'm pretty quiet. Not because I'm shy, but because I think it's not worth to spend my time talking with people. I try to be nice as possible, but I don't like people in general, that's not something personal. I can't focus on too much on the same thing. I'm kinda arrogant and I tend to show people their mistakes. But that's me.

What do I like and what do I dislike? I mentioned selling my soul to 9gag and that influences pretty much my preferences.

I guess this is all I can say for now. If you want to talk with me, leave a message on my talk page, e-mail me, tweet me on Twitter or send me a message on Skype. But the first one is the best.

Note before reading: I'm adding this section because everyone has one, not because I'm a crazed shipper. By the way, according to J.Severe's guide, I'm not an Exhibit B. The pairings presented here will be both Canon and Fanon, but the Fanon only presented on this site, not outside of it(like on deviantArt, or FanFiction). Thank you.

PhineasxIsabella (Because I can't ship Phineas with Stacy.)

FerbxVanessa(I just like this shipping. Why? Because I do.)

StacyxAlbert(At first, I found it odd, but after that I started liking it. Now it's one of my favourite shippings. Why? Because it's cute, original and different.)

CandacexCain(First, Cain belongs to Nan. After that, this shipping somehow involves a Love Triangle, which is a very interesting idea.)

BufordxJessie(Jessie belongs to Fossy. And a half-alien and a bully paired? Man, I must see more of this. Opposites attract, this is a good example.)

StacyxColtrane(Before knowing about StacyxAlbert, this was my favourite Stacy shipping. Still, I like it.)

GothxEric(First, both characters belong to Goth. They are not on My Favourite Shippings list because they are both fanon characters. But I like them together.)

Alternate CandacexAlem(Alem belongs to Goth(Man, I really like Goth's shippings xD). I like their relationship in other dimension, it's making the action better)

PerryxPatty(Patty belongs to Maddyfae. This is not on My Favourite Shippings list because I like Perry being in a mystery with his personal life. But if I have to choose a girlfriend for him, Patty will win for sure.)

BufordxDucky Momo(Man, haha, one of the best Buford shippings ever! It's so crack, but it's too funny. Me shipper xD)

Shippings that are "meh"

VanessaxJohnny(It's not that I prefer FerbxVanessa more, which I do, but they are having too much things in common. I mean, they are both goth and stuff, and this doesn't give them too much spark. By the way, this is my second favorite Vanessa shipping.)

JennyxColtrane(It's a nice shipping, too bad it doesn't have canon moments.)

Shippings I dislike(dislike being a word without much sense)

FerbxGretchen(Look at the last one for comments. Oh wait, this has CANON moments. They stand near eachother. Man, how could I forget this? This is a shame from me. Shame, Niko, shame! And that's not a reason. Still, I don't like it.)

PhineasxIsabelle(Isabelle belongs to Che. Does someone actually like this shipping?)

Any shipping that involves Phineas and Isabella with other persons(except FerbxIsabella, I can't really image Phineas with someone else(with Stacy xD Lol I saw that on Tpffan's profile). Actually, I like every other non-obsessed, without Mary Sues/Marty Stus characters)

Any shipping that involves Candace and Jeremy with other persons(except CandacexCain, and in Goth's alternate universe, Alt. CandacexAlem. Actually, look above.)

Let's get deep into some Slash and Crack pairings...

PerryxDoofenshmirtz(Uhh... Can I don't comment it? Interspecies relationships, I must take a glass of water. But I support them as permanent frienemies. I personally think when Doof is thinking at what's good and what's bad, the "devil" is Alt. Doof and the "angel" is Agent P - An angel whose only answer is "Grrr" xD Why do I talk so much?)

CandacexStacy(Would you pair yourself with your best friend of the same gender? Me neither.)

CandacexPhineas("This is creepy on so many levels.")

CandacexFerb("Again, creepy on so many levels.")

Shippings that are not in any category because they are above my favourite and they are too awesome to exist.

BaljeetxLinda(Hehe... This funny little shipping with so many succes... It's kind of pedophilia, crack and lots of stuff like this, but man, this is one of the awesomest shipping, according to J.Severe's guide, and his guide is ALWAYS right.)

PhineasxVanessa(Without any comments, this is another of the awesomest shipping ever, again, according to the best guide ever, J.Severe's.)

Some comments before finishing this section. This section wasn't made to offend someone(or somepony, in that case), here are just my opinions. If you agree, then good, if not, good too, but please don't bash me for that. And for the "Crack and Slash" shipping section, I must say I'm not homophobic, and I support equallity for both straight and not, but "Phineas and Ferb" is a CHILD CARTOON SHOW. Thank you.

1. Phineas and Ferb (I can't choose one of them, it's like a mum choosing her favourite child)

2. Perry the Platypus/Agent P(Everything is Better with Perry, even this section)

3. Dr. Doofenshmirtz(Man, funniest character ever. It's too hard to hate him)

Note before: This top doesn't include "Phineas and Ferb The Movie: Across The 2nd Dimension", because this is obviously the first one.

2. Phineas and Ferb: Summer Belongs to You

3. The Chronicles of Meap

1. Summer Belongs to You

5. Backyard Beach/ My, Myself and I

Well, its the girl with the magpie as an OC, does that give you a clue?

Still thinking for a signature... Call the pie if you have ideas

Niko Nico -> Find me in -The middle of nowhere-

Fights and stuff -> *Hides in a corner* I'm not socially trained for these.

Retrieved from "https://pffanon.fandom.com/wiki/User:Cupcakey?oldid=310690"
Community content is available under CC-BY-SA unless otherwise noted.