TerraFleet is an organization founded by Phineas Flynn and Ferb Fletcher in 2022 that consists of hundreds of starships used for exploration, diplomacy, and - if necessary - defense and warfare. It is first featured in Love's Full Blossom, although it is not mentioned by name until the following story, Ad Astra 1: Encounter at Alpha Centauri, and is also mentioned in Ad Astra 2: Youth and Nostalgia. An alliance (as of 2038) is existent with the Martians, "Species 1" (Meap's species), the Thoroni, the Soruna, the V'malnons, the T'larans, and the I'lin. It remains minor in Ad Astra 3: In The City Of Love; however, as earth's space defense it is a critical player in the Karon-Federation War of 2039-the 2040's (Ad Astra 4: Sacrifice of the Angels and Ad Astra 5: The Fight for Ferb). The Ad Astra Series prequel Phineas and Ferb: Fresh Out of College explains its foundations and that its charter is signed by Phineas, Ferb, Isabella, Perry, and Meap on Augst 23rd, 2022 to symbolize the cooperation of all species.

Men may either enlist and become engineers, petty officers, security guards, etc., or they may enroll in the Flynn-Fletcher Academy to become a ranked officer. The markings and insignia changed when the uniform style was changed in the 2030's. Ranks acheived are as follows:

From foundation to the early 2030's, the uniform for ranked officers consisted of a colored undergarment to indicate division with a red duty coat with a belt and rank markings on the left sleeve and right shoulder. Cadets and enlisted crewmen would wear a red jumpsuit with orange shoulders, a belt, and their collar color and left sleeve would indicate division and accomplishment rank (see right pictures for color and rank code). However, after Captain Phineas Flynn's dealing with a powerful being known as S'lar in 2030, TerraFleet changed its uniform to be one that was a bit more comfortable for heavy duty or stress (so noted in Ad Astra 2: Youth and Nostalgia). All these uniform ideas are heavily based on duty uniforms from the Star Trek movies The Wrath of Khan, The Search For Spock, The Voyage Home, The Final Frontier, The Undiscovered Country and Generations (movies II-VII)

After the condemnation of the older, more formal uniform style for field duty, a new, sleeker, and more comfortable uniform style was introduced, consisting of a gray undergarment and thin duty jacket with a colored torso to indicate division (Red = Command/Conn, Yellow = Operations/Security, Blue = Science/Medical), black shoulders, and black everything else from the the hips down; rank is displayed on the left shoulder with full or hollow pips going from a single full pip for Ensign to four full ones for Captain. So far, no Admiral's uniform has been made, as Phineas Flynn has rejected promotion to Admiral time and time again (Ad Astra 2: Youth and Nostalgia). This uniform is the combination of the Star Trek: The Next Generation and early Star Trek: Deep Space Nine - Star Trek: Voyager uniform styles; the placement of the rank pips on the right shoulder is taken from the Star Trek: Enterprise and TNG: "All Good Things" alternate future uniform. 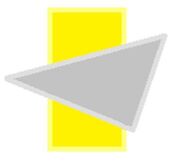 The USS Phineas PF-01-A (second starship to bear the name Phineas)
Add a photo to this gallery
Retrieved from "https://pffanon.fandom.com/wiki/TerraFleet?oldid=311151"
Community content is available under CC-BY-SA unless otherwise noted.